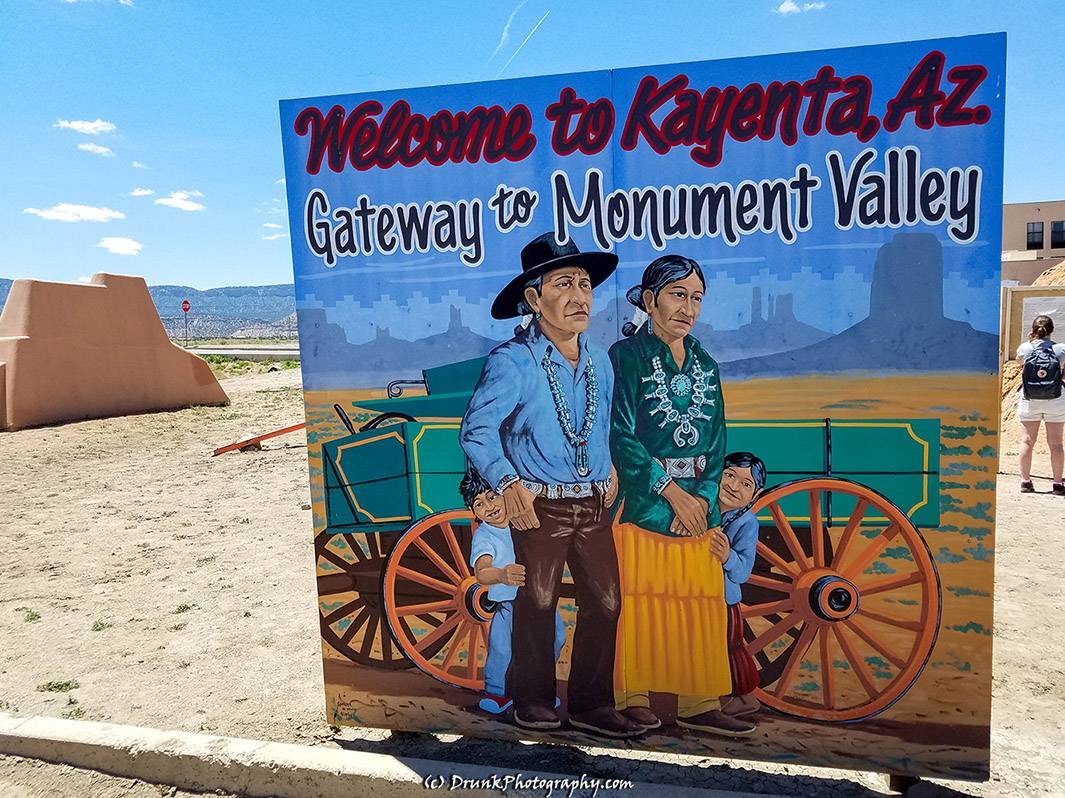 IT’S NOT ABOUT THE BURGERS

Are you familiar with the CodeTalkers? NO? Check here. Well are you at least familiar with the movie WindTalkers? NO? Damn, really?? Who raised you? You should be familiar with this group as they helped the US not fall to the Japanese/German combo trying to destroy the USA in WWII. The short story is that the Marines wanted to use the Navajo Indians for their language, in establishing a secret code to speak and transmit military instructions over, figuring the enemies wouldn’t know how to crack this code since it wasn’t based in English. If the Opp intercepted the information, and could crack the code (which they never could), then all of the US’ strategies, troop formations and movements would be exposed, leading to loss of the war, and a much more horrible world than “The Man in the High Castle” could portray. Instructions were given over phones and radio waves, which were easy to intercept, so the Codetalkers had to make a code that was unbreakable if intercepted. The Codetalkers recruited in 1941 and were a part of every Marine (serving in all divisions) interaction in the Pacific between 1942 and 1945, against the Japanese especially, whom were coming at the US from the Pacific, and were expert code breakers. The Army was failing to have their transmissions go undetected, the Marines couldn’t afford the losses. So while on the road in Arizona, I saw an advert for the “World’s Largest Code Talkers Exhibition” and had to go find that and check that out for myself.

I heard about a Code Talkers exhibit that was in the Pentagon, but while on the way to Monument Valley, on the 168, there was a sign for a chance to see the “NAVAJO CODE TALKERS EXHIBITION” out in Kayenta, Arizona. I figured, if anything, it had to be on the same level as the one that the Pentagon supposedly is rumored to have, because we were officially in Navajo land. But I couldn’t find the exhibition building at all. We arrived in the area that it was supposed to be in, all I saw was a Burger King and some dirt mounds in the parking lot. I got out, walked around in every direction and didn’t see any museum or anything related to the exhibition, other than a huge advert from Burger King referencing the exhibit, so I was completely confused. I walk around and behind the burger king, and I see the round dirt mounds again, and a mock fort like seen in old American movies featuring US Army, but I didn’t see anyone not any Codetalkers. I started walking back towards the road and then I see a sign welcoming me to Kayenta, Arizona, still no Code Talkers though. However, this stop would turn out to be more interesting than I thought. That dirt mound, now that I was up close to it, was actually not just a pile of dirt that looked like it was put there by a dump truck, it was actually a mock home, called a Hogan (pronounced Hoogan) in Navajo culture. Hogans were homes of Navajos, or used for special ceremonies. If any singing was done to cure the sick, let’s say, Navajo would gather in the Hogan to do that.

I know what you’re thinking, due to all of the ignorance about our Native American cultures in the usa, you thought Native Americans only lived in Tipis. Nope, that was in the plains, this is in the hot, open area leaving to the dry area of Monument Valley. It’s hot, it’s windy, I don’t think a Tipi could survive that kind of weather. So obviously, not all Hogans are the build the same, and many have full home setups, stoves, furniture, windows and all. It’s also not just a plop of dirt in a mound, they’re typically built over log and/or rock pillars. It’s also shaped that way to resembles a “wickiup” made famous by Apache Native Americans. That was very cool to learn, and it was in the parking lot of the Burger King. I would have completely missed it had I not been looking for this Code Talker Exhibit I still hadn’t found by this time. Once my A.D.D. moment wore off, I realized I hadn’t used the bathroom, and way hella thirsty, so I gave in and went into Burger King. As I passed, I saw another sign across the lot, for the exhibition but I didn’t really process the sign. Something about the largest Code Talker’s Exhibition was right where I was standing, yet I still didn’t see it!

After being in Burger King, enjoying that sweet AC, I got really hungry so I got on line to get a burger and drink.  I line up my order, from the side of my eye, I see this face staring at me, from the right. It’s Burger King, and where I’m from, BK has a lot of homeless people, so I was programmed to look alive, and be ready for them. I didn’t want to look, the guy was dressed in military gear, probably a bad lieutenant, an outcast, but a family man, someone left behind, looking at me with his snake eyes, ready to rip my face off, down on his luck now, but was likely part of raising Arizona up, but now would do just about anything for money at this point in his life… he looked like a guy who even with all of that exposure, currently MUST be homeless, and you just want him gone in 60 seconds, or less…

Yeah, I was correct, I had properly assessed him, it was Nicolas Cage, folks, our National Treasure, and he was there in Burger King,… well not THERE there but there in a shiny, glass case, in movie poster form. As I inspected it, I realized, OOOOOh wait THIS is the exhibition, in Burger King????WTF?

Finally, I found the Codetalkers exhibition, and it was indeed inside of BK ( re-read the sign and DUH), which you can see while you wait to order food. The idea to use the Navajo language, as an effective strategy to communicate militarily, while trying to evade Japanese expert code breakers, was genius. The Navajo language was one which was NEVER written down anywhere, and it was extremely complex at that, because grammar itself doesn’t define the language, the sounds of words also play a major factor, along with there being multiple dialects. Anyone not spending time with Navajo wouldn’t have any idea what was being said. The Japanese wouldn’t know anything about it. The most important battle in the Pacific, was the one at Iwo Jima, and without the Code Talkers’ Navajo codes, the US would NEVER have been able to take that battle, and ultimately turn the tides on the Japanese- save for the threat of those nuclear bombs of course. lol

The reason the multiple dialects came into play was because Japanese were smart adversaries, and the Japanese had already broken the Army’s codes (not the Marines’ codes since they used the Code Talkers’s Navajo scheme). The Japanese  had even captured a Navajo US Army soldier (only 20 were in the field) in the Philippines, and then tried to use him to break the code, but even this prisoner legitimately had no idea what the Code Talkers were even saying, either, thank God. All top secret messages were in Navajo, only basic info was in English code. Working in teams of 2, dug secretly into holes in the ground, working all around the clock in the missions, the Code Breakers were strategically positioned over the Pacific. That information is also there on display in that Burger King.

Why was this important and valuable information kept locked up in a glass case, in the Kayenta, Arizona’s Burger King, though? I thought back to the electronic BK sign reading “the world’s largest Codetalkers exhibition”, and looked at that small exhibition, and it made me really sad because I realized that, unfortunately, the Codetalkers don’t get their proper respect in history, and it’s up to Navajo and some historians to continue to tell the important role they planed in WWII. That likely means that there isn’t any funding from the Government for this, as there isn’t for much of Native American history (check the Crazy Horse memorial). How would one even donate to this as a private citizen? Just like the story of the Tuskegee Airmen Red Tails, whom were African American elite fighter pilots in WWII, the Navajo Code Talkers also don’t get the respect they deserve for their roles in the WWII. Go do your WWII reading, the Pacific battles were horrendous, I can’t imagine how bad it would have been without the Code Talkers’ contributions! So if the only exhibition is in a Burger King, then damn it, I’m eating Burger King to support it!

In retrospect, I should’ve just dropped some change into the donation box at the counter, because I don’t do BK well. I was so desperate to take a dump, I tried to find several natural spots, in Monument Valley, to sh!t off of a cliff, no lie.

In an effort to try to politically gain points, countering by protesting the NFL kneeling protesters, and after fumbling the very public handling of fallen soldier David T Johnson and wife, Trump has been on tours to try to ramp up military support for his image. He’s also trying to put together a military parade like North Korea and President Putin. While out doing that PR run in November 2017, Trump hosted the remaining Codetalkers said he promised that would build an official Museum for the Code Talkers, saying “So they’re working on building a Navajo Code Talkers Museum. And we will help you. Okay? We have some pretty good strength. We will help you, and you deserve it,” READ HERE, I DIDN’T MAKE THAT UP– that’s a code all to itself, in its own rights, because I didn’t understand what Trump uttered there. I’m sure the Navajo are well versed in how to deal with promises made to them about building on land, by Presidents of the United States.

I wonder if what he said translates into building the museum and then making the Navajo pay for it.