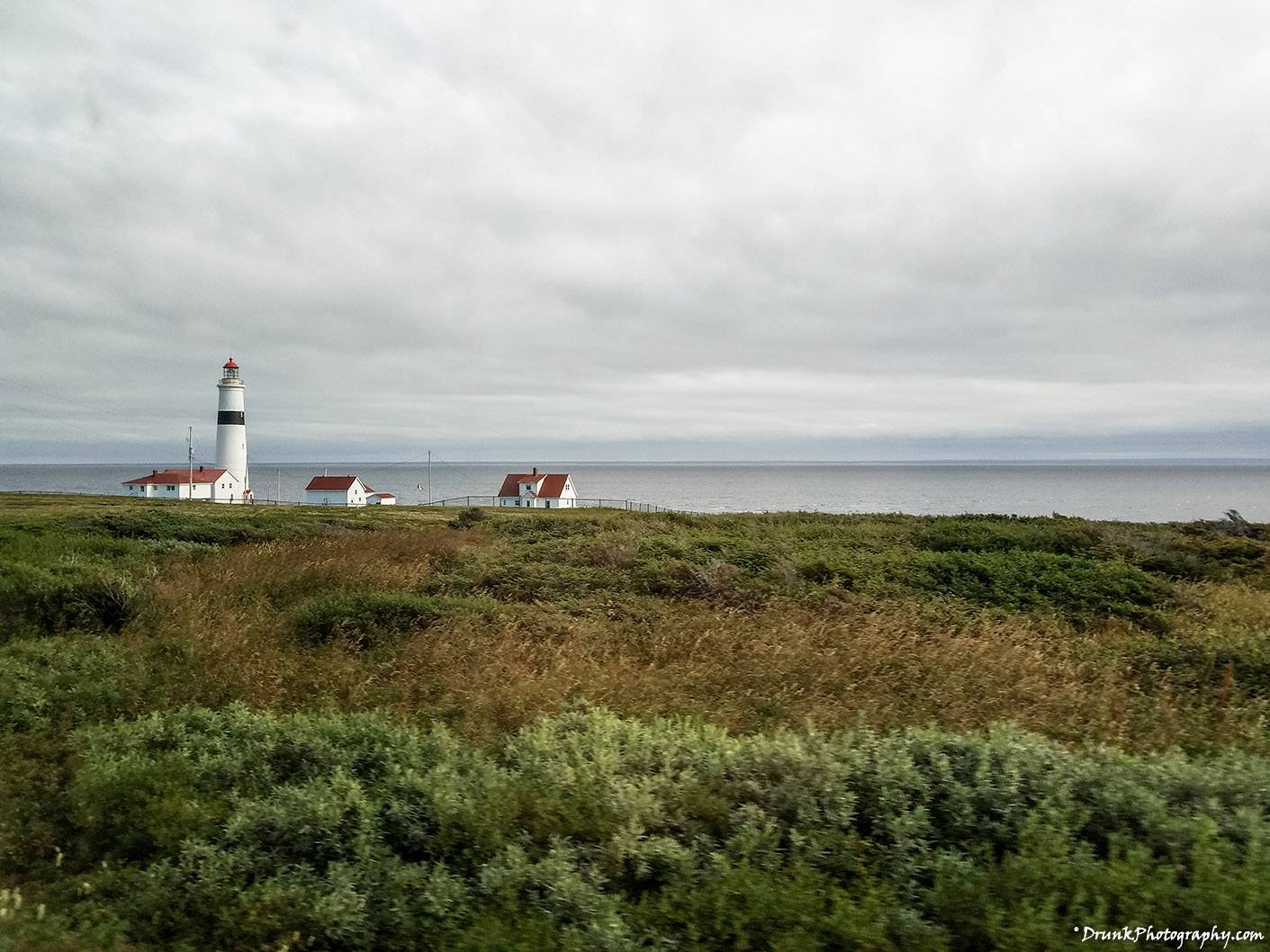 Like many people, who like looking at lighthouses, I normally would just look at them, take a picture and not think about the lighthouse much, outside of the photo and the backdrop. This was because normally, I wouldn’t be able to go inside of the lighthouses that I photographed, because they weren’t open, or didn’t do tours, or whatever the reason, in various countries. I don’t like when I can’t get inside of these things, so I’m limited to only taking a snapshot and then I move on. But I had the opportunity have an actual TOUR of this lighthouse, the Point Amour Lighthouse on the Point Amour Historic Site, as opposed to just an open-house where you roam around and have no context about the place. An open-house lighthouse is not preferred because there may or may not be historical artifacts lying around, they may or may not have much literature around about the place, and then I have to go online to look up the damn place lighthouse. Who’s going to do all of that?  So if you’re presented with an opportunity to do a tour of a lighthouse, you MUST take a tour because normally, you’ll be in there without a huge crowd of people who are in the way of you observing everything and you can ask the guide anything you might feel is missing. A tour will make the area exclusive to your small group. Because there weren’t a hundred people smothering the area, I was able to fully look around the museum, located at the base of the lighthouse. I saw that someone had created a miniature model depicting people building the lighthouse from start, I saw the original type of lighting that was used, lots of literature around, which I took pictures of for my own knowledge, but I still had many questions. This is where a guide came in.

Previous to arriving in the area, I heard about the “tallest lighthouse in Atlantic-Canada” (33 meters / 109 feet of limestone), featuring the famed Fresnel lens, and that I would be able to go up to the top of that lighthouse on the tour, on the day I was set to arrive. Now, also picture being able to look out on the Strait of Belle Isle or Gulf of Lawrence (I’m not sure where 1 begins and the other ends) from there and in that area, if you go in SUMMER, you’re going to see Icebergs floating by for sure!  You might be run upon by some animal out of nowhere too, so you have to keep your eyes peeled for that and keep those cameras ready.  I heard so many great things about this area so I had to investigate the hype surrounding L’Anse Amour.  On the tour, I found out that the lighthouse is not actually the tallest lighthouse in Canada (that would be Cap-des-Rosiers lighthouse in Quebec at 34 meters or 111 feet).  So that made Point Armour Lighthouse the second tallest lighthouse in all of Canada, but it didn’t matter because I was fully excited to learn that I would be able to get to the top of it.  Note to anyone reading this, if you decide to brave it and go up the lighthouse, it’s a tight, dark wind up to the top and back down.  There were some claustrophobic and heavy people on the trip who started freaking out and had to be escorted back down because they couldn’t handle the tight wind, 109 feet up. The importance of this lighthouse, along with a few others designed around the same time in a set of lighthouses, was to handle the number of boats coming in and out of the Strait, due to the population boom in the “new world” of Canada.  This increased business with Europe, which began to boom in the 1850s, so shipping and transportation via steamboats were very important to Canada. Also, the steamship industry itself saw a boom at this time, so production of them was taking off and this area was flooded with ships, thus the need for a set of uniquely designed lighthouses to suit the needs of the areas they’re built in.  This one was the be the tallest.

The lighthouse featured what is known as a Fresnel lens, which is a popular lens that can magnify and shoot even the faintest of light out to great distances, but the old school version (which is also on display in the museum at the base of the lighthouse) was a petro-powered lighting system.  It featured: 85mm Diamond Incandescent Petroleum Vapor Burner, Spring Clock Driven, occulting screen with mercury float which together produces that ‘pulse’ that you see from lighthouses in the distance, at a time interval.  I always wondered how they were doing that, I learned here how they do it.  Nowadays, that pulsing is still in effect, however, it’s been modernized with a newly automated light bulbs that look like something you can buy for your house.

Because I was on the tour, I asked many questions.  I wanted to know how strong that light was in foggy conditions, or what they did when there was fog because being in this flat part of the country, I saw a LOT of fog overtake the land pretty quickly, due to seeming almost level with the sea and not so mountainous.  This is true for a lot of the Island of Newfoundland.  It was explained to me that the other buildings around the lighthouse do have significance too. I learned that there is a separate building that actually is responsible for producing a FOG HORN ALARM system. The other buildings were residential but now they’re all part of the historic site. This lighthouse site also formerly had to feature a separate building for storing oil due to the need of that older lighting system I saw in the museum, which wasn’t electric. While other lighthouses might only be in place for the show, nowadays, this lighthouse is still relied on in our current day.  Finally, I had my chance to get up close and personal with a lighthouse, rather than to continue to only view a lighthouse from the distance.  Canada offers many opportunities to go inside of its lighthouses, which is why I like going there.