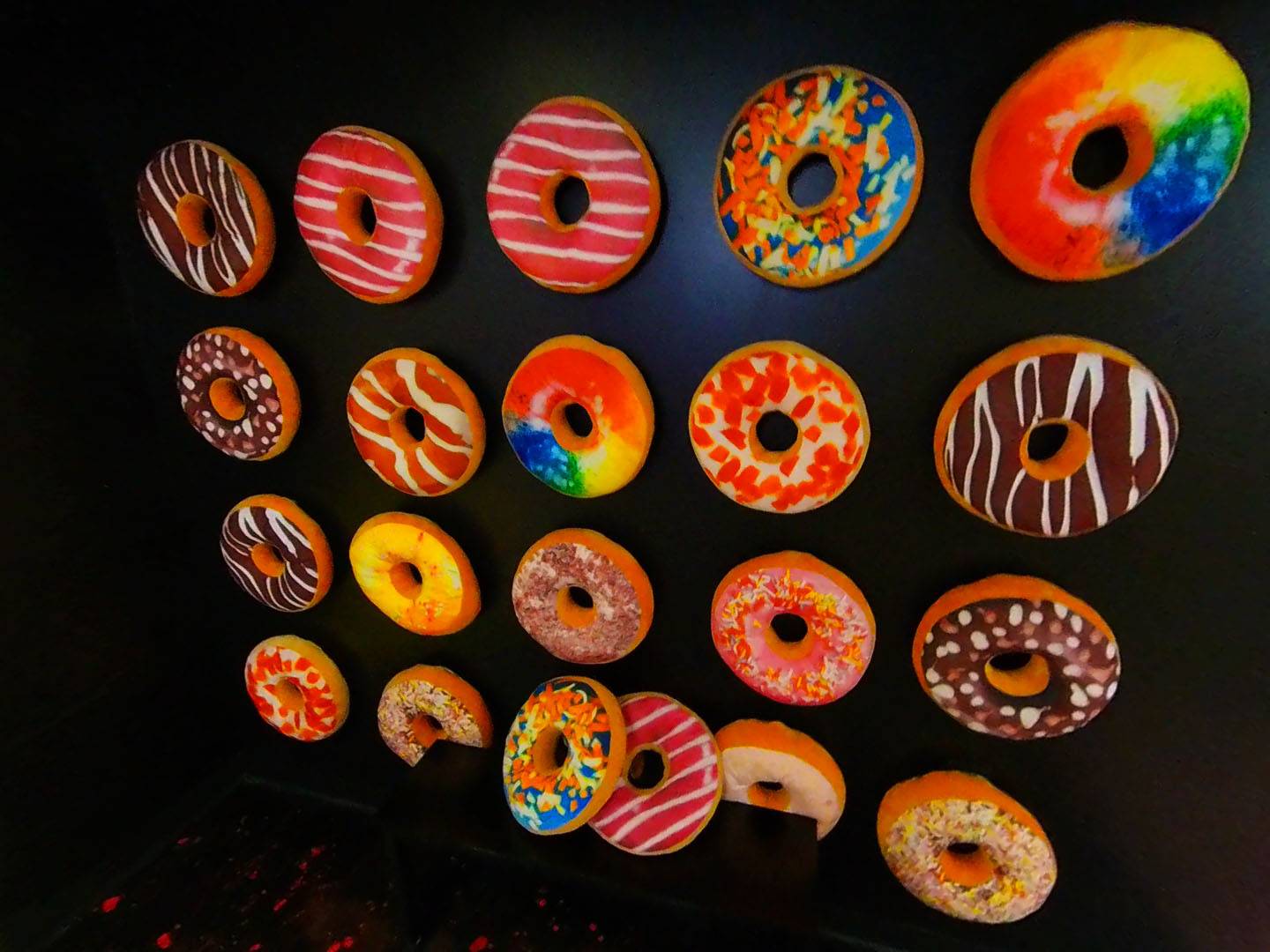 Ok, so it looks like we’re going to be heading down a really dark path with this next phase of the Pandemic, with the Delta and Lambda variants being present in the USA. I knew it would get to this point, so I decided to get some time in with my peeps wishing to see me, in Washington, before any states closed back down. I was going to go to Cali originally, but I heard they were doing to do a shutdown, so I diverted to Washington. Seattle is a nutty place, and was way too crowded to enjoy being out there during these times, because most folks had no masks. Heading into the Pike Market, through Post Alley, we saw large groups of people clustered, no Bueno. And to the right of me, was a weirdo place with odd music coming out of it and people laughing coming out of it. I landed at the foot of a nutty place called the “Seattle Selfie Museum”.

The name The Selfie Museum itself was worth a look. We walk into the place and start seeing these weird panels all over the walls and people interacting with them. It dawned on me “oooooooH you mean selfie selfie” which I said out loud and the clerk just laughed. Looking at the panels on the walls, I was thinking, naaaaah I can’t get in there these are for little kids or girls, but was convinced to go take some selfies in each location.  I normally don’t care for anything related to a selfie and actually hate when people do a selfie, mostly because of being out touring, it’s some guy from the east bumping into me and they go falling down, because they’re not paying attention to where they’re going, as they try to get the best selfie shot. I had a guy fall into the bacterial mats in Yellowstone, not paying attention, trying to get the best selfie shots. I normally hate a selfie because it’s done by some of the most arrogant a-holes around, their smug looks, so full of themselves like “look at my head, it’s in a location”. Yuck, disgusting self-absorbed nonsense is what I always saw. But I was convinced to sucked it up, that is to do a selfie or to an suck up my self-absorbedness and I participated rather than hated.

As I started to do the selfies, and get a grove going, I started to have more and more fun being a big kid. I didn’t realize it until I caught myself laughing at myself for once, and then others laughing at me. It was funny to take selfies and have people laugh at you, a little humiliating but it was all in good fun, which was the key there. To get outside of my normal ego or tough guy shell, and just roll with the punches, having fun. That’s what I did here. Sounds dumb, I know but The Selfie Museum turned out to be just what I needed, as a pick me up, in these troubling times. Not that I felt sad or anything but it’s the pandemic, folks are coming to you demanding your resources they don’t deserve, people are out there living the best lives they have and hating it, being slaves to money and hating everything about it, as they learn more things to hate about themselves, they are and hating it all- not me though, I’m out here BALLIN’!  The Selfie Museum gave me a little selfie reflection, if you will. I smirked when I thought to myself, and wrote “You are Here” when I sent some photos back home who wanted to do that trip but couldn’t. I was taunting them, of course, like I do in many of these posts, but then I realized, “Wait, getting involved with this selfie nonsense, did I just flex on these people and show how self-absorbed I could be, smirking into the camera like ‘ha ha ha you’re stuck in your sh1te life??’ ” Yeah I did… lol SMILE ( SELFIE)