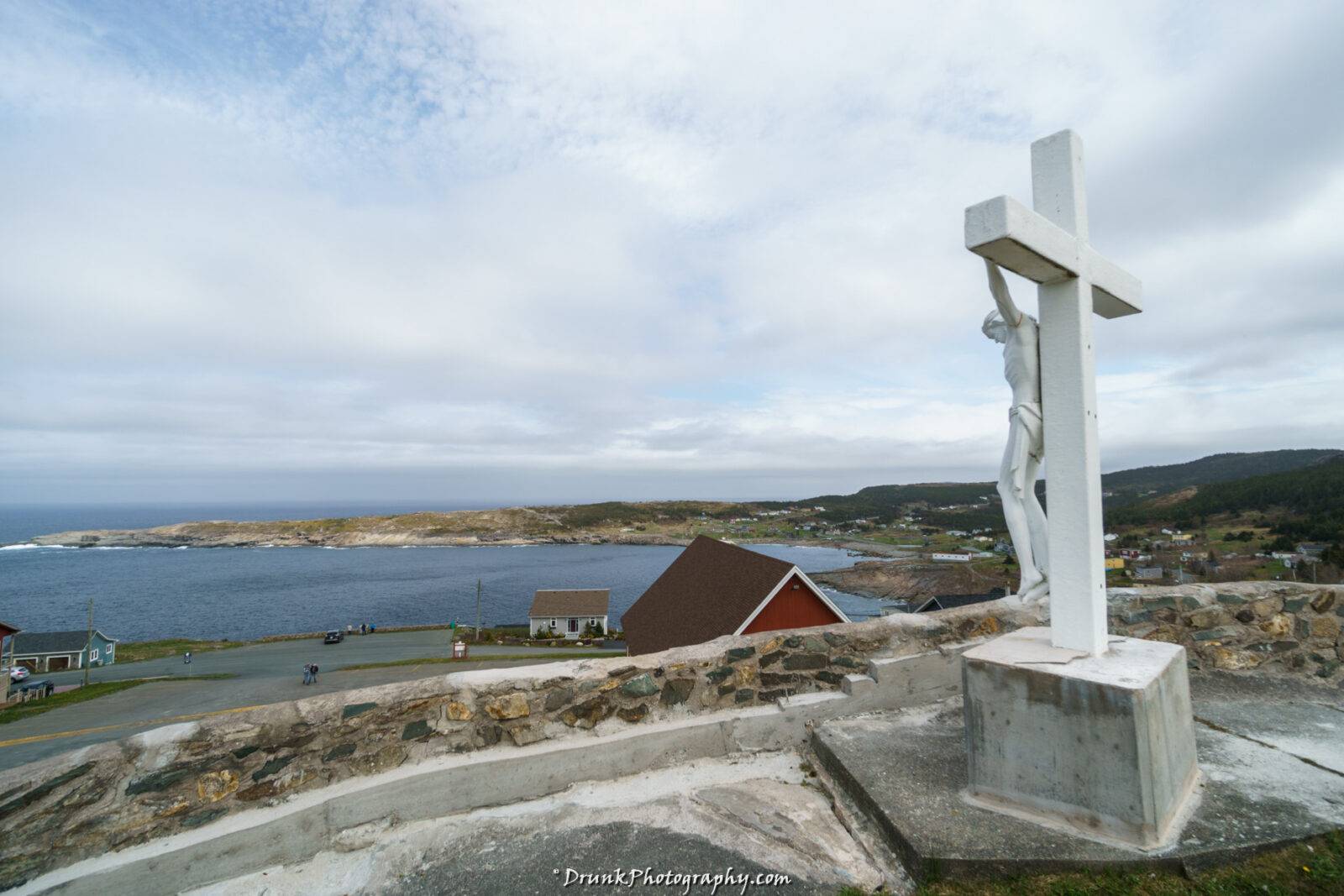 I was out chilling in Newfoundland and Labrador, Canada, trying to get some photos of things I saw around the area of Flatrock. Flatrock is mostly made up of direct descendants from Ireland, who came in the 19th century, bringing culture to the area. I’ve spotted some odd little religious structures all along the coast, but the better of them was this one that I stumbled on, by accident, called “The Grotto”. It was just odd, sitting there in the middle of nowhere just up the hill from the beach overview of the actual Flatrock, the sharp, flat piece of land that stretches into the North Atlantic Ocean. Since it was so out of place, I decided to go up in there to see what this Grotto was all about.

I got up to the gates of the Grotto and they were closed, but it looked so nice, filled with various religious statues and plaques on the walls, I had to get a closer look. It was out in the middle of nowhere, which would buy me at least 30 minutes before someone would notice me, and since I saw no cameras anywhere either, I just jumped the brick wall and got to business. What? It’s a religious structure, should I be blocked from getting spiritual enlightenment? Of course not!

As the gate indicated, and the structures also hinted at, the official name of this place was called “Our Lady of Lourdes Grotto” built in 1954. Another thing that I found evident, all over these islands that are on the east of Canada, is that there is always a strong Catholic, religious head-nod to France. I’ve been in dozens of religious structures in Canada and most of the pay homage to something religious in France. This place was inspired by a trip that the Reverend Father William Sullivan, of St. Michael’s Parish, nearby, took to Lourdes, France, which was in line with the creation of the Marian Year. Jesus’ mother (Mary) was to be celebrated during the Marian Years, which there were two years of this, created by two different Popes (Pope Pius XII in 1954, Pope John Paul II in 1987).  The Reverend saw similarities between the Grotto’s land and Lourdes’ land and decided to build the structure in Flatrock, Newfoundland, to be modeled after the one seen in France at the Massabielle grotto.

From Grotto to Ocean

In the summers, many people come from far to visit the Grotto, famously, in 1984, Pope John Paul II came to Flatrock, kneeled and prayed at Our Lady of Lourdes Grotto and blessed it. I originally thought this location was not a great one, considering the buildings surrounding the area, but it actually is positioned facing out towards the Flatrock, the Atlantic ocean, is positioned lovely for sunrise and sunsets, with marble statues scattered about, even one of Jesus on a crucifix, sitting atop an outcrop with a great backdrops of a forest in the background, concrete/stone stairs leading to it, and an actual grotto underneath the outcrop.

I’m glad I stumbled on this spot. I didn’t go to the area to look for touristy things, I just wanted to take pictures of the ocean and Flatrock. Sometimes you need to keep that head on the swivel and you can find hidden gems everywhere.