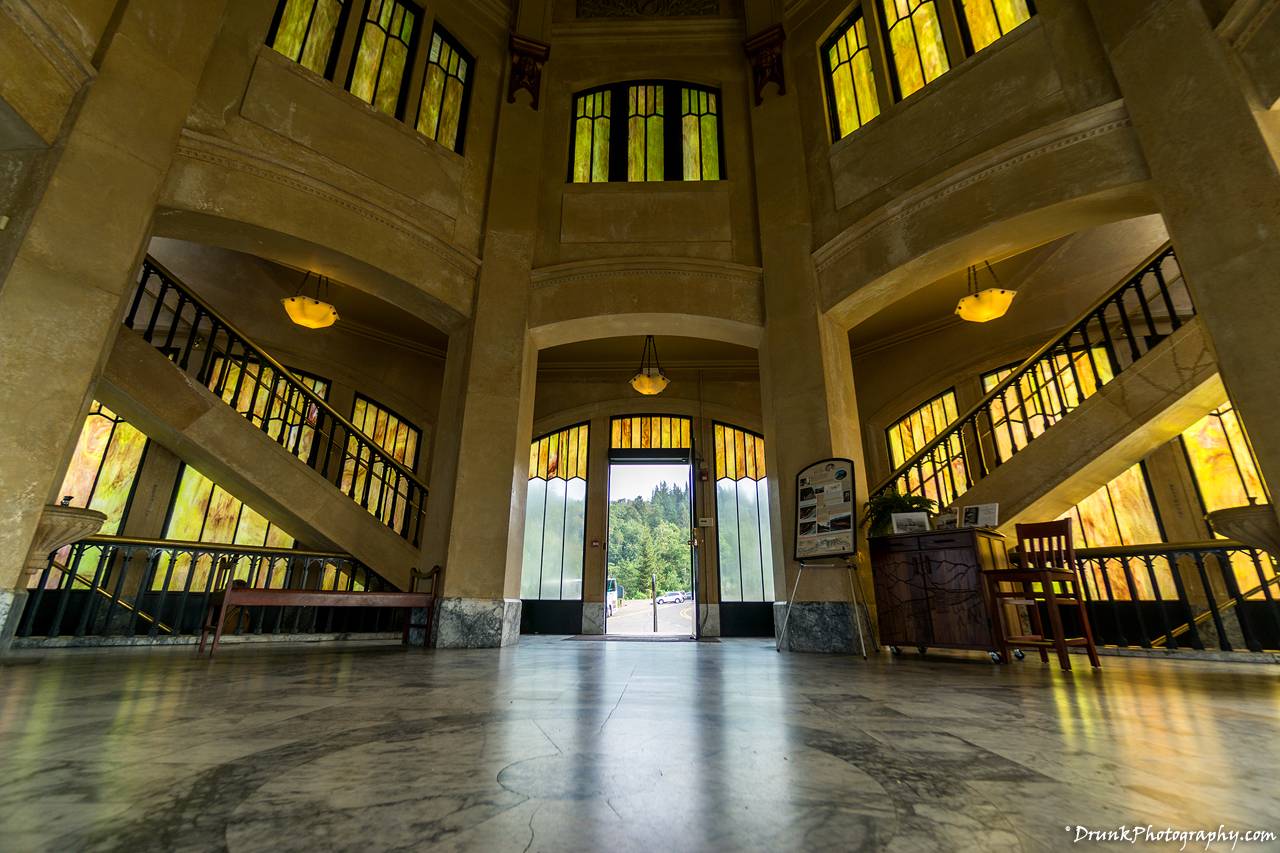 Many people come to Multnomah Country only because they want to see the Multnomah Falls, the glorious waterfall that has been seen in 1 billion pictures, as I thought I was going to do too.  Well, there is another beauty that exists along the Columbia River, and if you’re on the highway and came from Portland, Oregon, you couldn’t have driven by and NOT have seen it, because you can’t avoid it.

The thing that is amazing is that when you look at Google maps, as I did when I was trying to see how to get the waterfall, you can’t imagine what this area looks like at all because it’s flat on the map.  I got to the area that I now know is the “Crown Point State Scenic Corridor” and noticed that there was this tiny thing up on top of this hill-ed area from 1 town away, and that was the Vista House, aka the Crown Jewel (get it? The jewel of Crown Point).  This area sits in what is known as the Columbia River Gorge, a canyon that is 4,000 feet high at its peak and is the separation of Washington State and Oregon.

The Vista House borrows its design from German-style architecture, featuring an exterior of sandstone, with a green tiled roof (originally all copper) while inside is all marbled out with bronze highlights.

At its height, it is 733 feet above the Columbia River.  It was proposed as a little “comfort stop” created in the early 1900s, but also was a way to get people to admire the peak of Crown Point, which would allow one to look over the Columbia River’s beauty and see Washington State from that viewpoint. Navigation in Oregon was apparently hell, so this serves as a dedication to that time in history, and to keep people calm. Seriously, that was the intention of it’s built, something to calm “road rage” back in the days. lol If you are on the way to see the Falls, stop off HERE to get a view over the Columbia River, as you gaze out on Washington State. On a clear day, it can be magical!