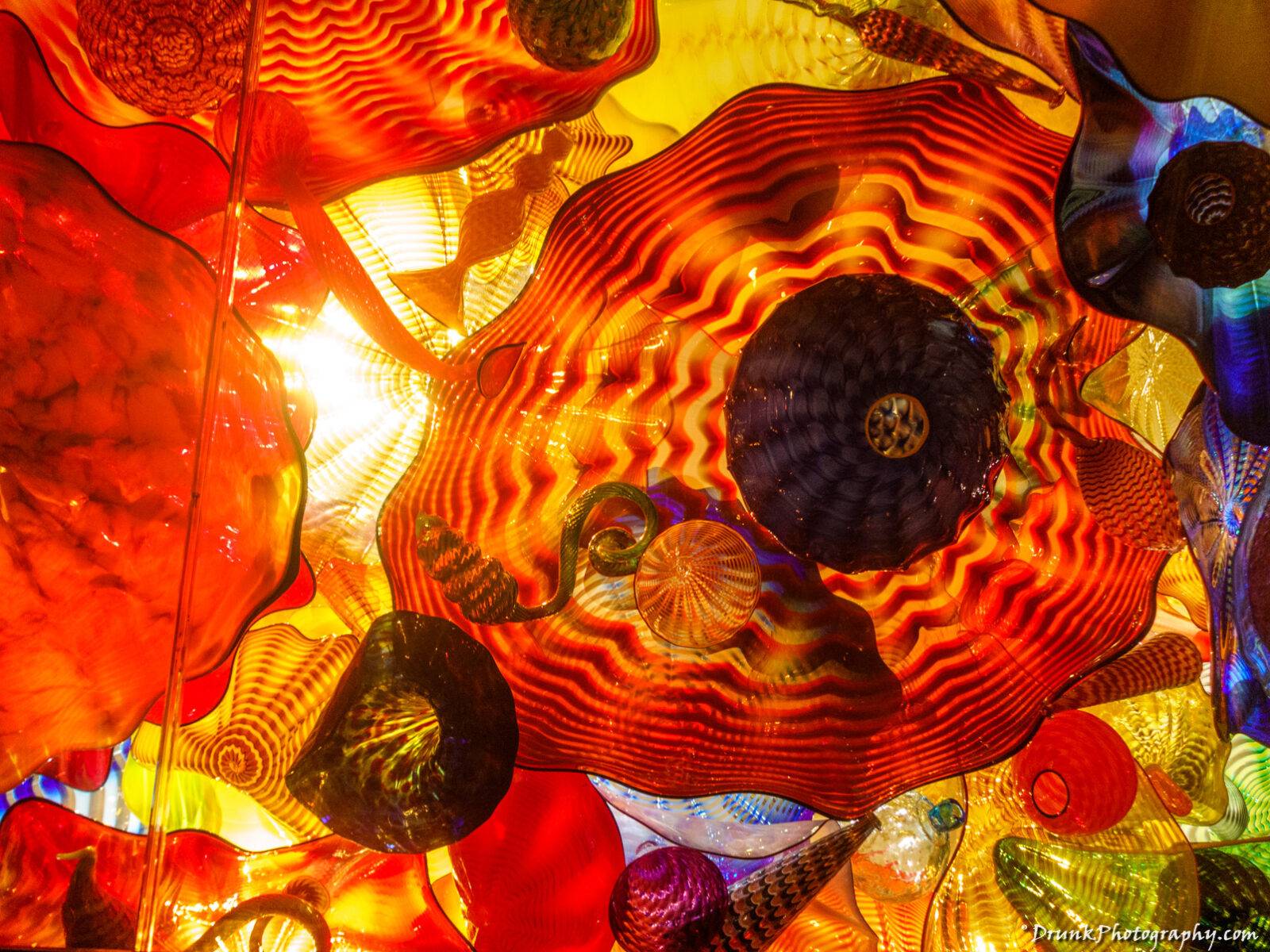 Coming up with ways to deal with yet one more passing day of this god-forsaken Pandemic, I wanted to try to partake in a cultural day out, but became really bored with NY- been here too long, it’s changed too much, not for me. Pandemic has ruined the brains of many folk out here, people are more violent than ever, more psychotic than ever and more lonely than ever- even if they have a partner. Let’s face it, if you want happiness, I think the Pandemic has shown us that you really need to go handle that yourself, if it wasn’t clear for you before. Fentanyl overdoses?? Yeah, that’s sadness. Everyone knows what Fentanyl does, so if you’re lacing drugs with it, you’re certainly down in the dumps and not happy. Michael K Williams, bright and shining start with many praises, just killed himself. He felt he “wasn’t good enough” yet was in many great pieces of film art. He couldn’t pull from that art to find happiness, and that’s sad because he was really good at his craft. And not for nothing, I know MANY people with this kind of self hate, and I try to encourage them to get out of a funk by being there for them, and in doing that, I managed to become part of their sadness, somehow. Hey, “…circle gets smaller, everyone can’t go” as said by Nipsey Hussle. But for any of you who DO want a way to get out of a funk, and enjoy your life, I propose a trip to Seattle. With that being said, a great way to combat Pandemic blues, ART is a great way to do that, hell creating art is also a great way to do that. When was the last time you went to see an art exhibit? Probably was a decade ago. Unfortunately, I couldn’t find any folks back home to want to go do cultural night out, folks just aren’t about anything anymore, just empty workers, so I got on the horn (the phone) with my peeps on the west coast and let them know I was taking their offer to get out of the east coast madness. I was not going to let Pandemic blues get me down, too, especially when I’m not negatively impacted personally. It you let it catch up to you, you’re done, mentally! So, I advise you to get out there, create some art, and if you’re not that type, then go see some form of expression in the form of art. After I landed, I had this urge to go see ART. Why? Because I was back in Seattle and this place is like the “mood” state of the USA. Grunge, alt-rock, post-punk, artistic expression… yeah you can count on Seattle for that stuff. Their is all kinds of public art scattered about that place, and I ended up walking for HOURS, looking at it.

I love going to art displays, especially when it’s jaw-droppingly-complicated looking work that I know a 5 year old child with brain damage couldn’t easily replicate. Now that I landed, ok.. .now what??? I saw some art places here and there, and it just looked like that nonsense art that I don’t like. Other places were not open at the time. After tracking down a place of interest, and finding it was closed, I ended up bored by the water front. Looking around for something really different to do near the pier, I walked east for half an hour and couldn’t come up with anything that was open, immediately near where I was staying. Many things closed due to the Pandemic, bummer. Speaking of bums that were not a total bummer, I was coming out of the Pike Place area, dodging a gang of 30 homeless people who are both high and drunk and who were screaming out to each other, across the streets, one of the bums came by with a shopping cart. He was checking to see what a tourist dropped on the floor, picked up their stack of papers and put it in his cart – as he passed me. He goes to get some bottles out of the trash and I take a pic of the pamphlet because it showed something that was a spin on the 2-D pain splatter art that I hated, but much more intriguing. I hate typical splatter paint nonsense that anyone can do, it’s bullsh1t, not complicated, but what if someone could imagine such patterns, in a completely different way, maybe in a 3-D form,… hmmm would that be worth looking at? Well that is what it looked like I was seeing on this pamphlet, with some odd looking name “Chihuly”. I immediately looked it up and saw there was an art exhibit opened by the name of “Chihuly Garden and Glass”. It was another 30 minutes’ walk from where I was, and it was a good day out, so I took off to Chihuly.

When I arrived, I saw a bunch of people looking up in the sky and pointing, and I was right underneath the iconic Seattle Space Needle. All of the attention went to the Space Needle. I had planned to see that too, but not that day, and stumbled onto another gem of an area that had a lot of things to explore, especially for tourists, the area surrounding the Space Needle. You may ask “how did you not see the Space Needle?” Well, that’s because I was overcome by these huge freaking strange looking flowers that were tall, and amazing to view, yet nobody was looking at it. I didn’t see even one person look at what I was looking at and then take a photo because they were copy-catting me, which normally happens when I’m out capturing scenes. Nobody cared about this art piece, which was great for me since that would me I don’t need to photoshop anyone out. They were all looking at the Space Needle and trying to get into that, while I was checking out the art piece or something called “Sonic Bloom” by Dan Corson.  Sonic Bloom is a collection of five flowers built out of steel and fiberglass, outfitted with LED panels, data/energy sensors, interactive, outdoor sound system and photo voltaic cells (solar panels). Unfortunately, I went to this place without my company because I later found out that if you have at least 5 people walking between the flowers, the sensors will pick up on the body movements and start playing sounds based on the movement!! THAT is the kind of stuff I go to Seattle for, odd, cool stuff! Sonic Bloom is an art offering by the Pacific Science Center, how COOL is that???! After I finished geeking out over this piece, I remembered that I originally came to the area to see the Chihuly Garden and Glass museum. I looked up and BAM… I had apparently found the entrance to art exhibition Chihuly Garden and Glass right in front of me. Sonic Bloom has no relation to Chihuly Garden and Glass either, just another cool public art piece. That’s the power of Seattle!

Upon entering, I was wondering, WTF is a Chihuly?? I couldn’t find it in the dictionary. I mean it’s in the urban dictionary, but you really should avoid that. I found out the place is a dedication to the artist Dale Chihuly, a Washington native who had an interior design degree and started perfecting a craft called “glassblowing” in the 1960s. Glassblowing what is formed when a Glassmith (glass crafting master) is purposely bringing glass to a molten state using some form of a blowtorch, where it can be manipulated and shaped into art or utensils, with aid of a blowpipe. Dale Chihuly was so good at it that people believed, for a long time, that it was HE who started this art form, but that is simply not true.  History has it that glassblowing dated back to early days 37 to 4 BCE, in Jerusalem, but when it really became a popular thing is when the Roman Empire was creates, and of course, they stole everything and anything they could and incorporated it into their culture. The Phoenicians made it popular in the areas that are occupied by current-day Israel and Lebanon. Chihuly gave a nod to Israel in his art display that was documented “Chihuly in the Light of Jerusalem” which you can see here.  Today, you may have heard “Phoenician Glass” or “Phenic Glass” and that is the origin of it. Other evidence showed this in India, which was heavy in trade with many in the areas, which could explain how it ended up there but Phoenicians are credited with this art form’s creation.

Nonetheless, Dale Chihuly was a master artist and took this craft to bizarre levels that are unmatched, making some of the most unique structures in glass known to humankind, and a lot of it is there on display at Chihuly Garden and Glass. The irony of Dale Chihuly is that in the 1970s, he had to give up his skill of creation of glassblowing due to a car accident that sent his flying through the windshield and ending up slicing one of his eyes up, leaving him blind in one eye. Then he had a surfing accident, destroyed his shoulder and that was officially the end of his personal creations of glassblowing. Despite that, Chihuly managed to become world famous and his art pieces have captivated the world, and many other influenced artists did tribute pieces to him, as well. You may have seen his work and never even knew it, as it’s scattered all through Las Vegas’ largest hotels like Bellagio and MGM Grand to Israel. If you are in Israel, the “Yellow Chandelier” is the big yellow art existing hanging from the entrance of the Tower of David. So, if you watched that “Chihuly in the Light of Jerusalem” documentary, and have been to Jerusalem, then you likely saw Chihuly-inspired work and didn’t know it if you went to the museum.  I was in Columbus, Ohio, had no idea that was his work at Botanical Gardens.

I’m always in search of good and interesting art, so if you’re ever in the Seattle area, you’ve definitely to make it to Chihuly Garden and Glass.