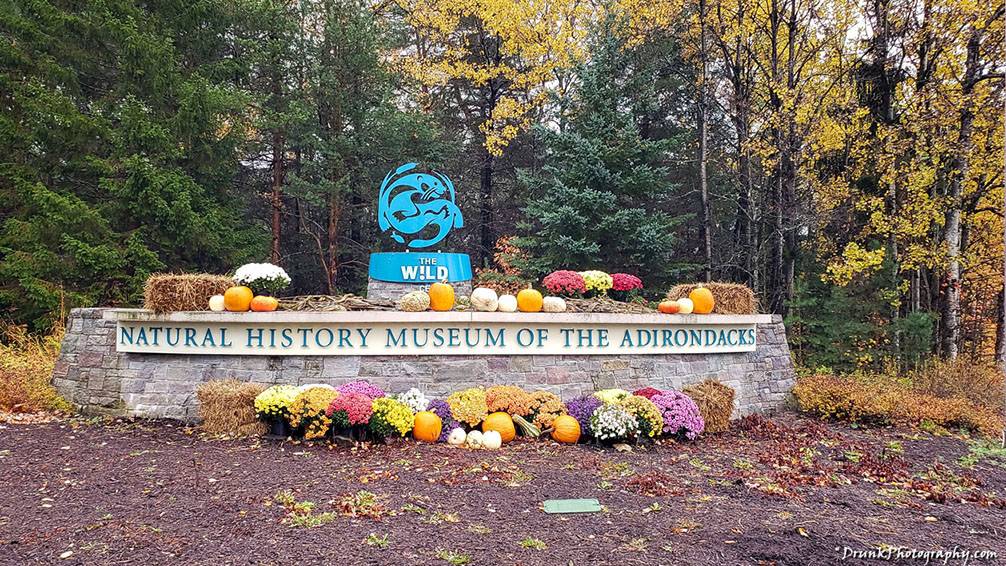 If you ever make it to upstate New York, there are some really cool hidden gems here and there. I always love upstate New York because there are normally ZERO DOWNSTATE, NEW YORK CITY people around, which makes for a respectable and enjoyable time- even for a native New Yorker from New York City. I bumped into this place of interest by accident, a few years ago. I was looking at a google map and saw an area of the map that contained a series of lakes that were loosely scattered, and wanted to get over there to get a few photos taken of the area. After looking at an aerial view of the Raquette River, I saw that it could lead to some very interesting areas to take some photos at. While tracing the river, looking for photographic spots, I found some observation decks that I wanted to try to find a way to, and then found this interesting building in the middle of what looked like some kind of wilderness area leading to the river. The area of interest was Tupper Lake, New York and the only way I could get around to the river area to inspect it, was to go to that building, it appeared. I put a bookmark on it and one day thought to get over there. The bookmark a placed called the Wild Center, but it was not properly labeled on Google Maps back then, this was over 4 years ago, and I almost forgot this place entirely.

So, when I finally got to go upstate NY, I was trying to look for a body of water to inspect for taking some photos, AGAIN, and then saw this manual bookmark that I made, and couldn’t remember why I had made it. The location was maybe a little too far west for the taste, but clearly, I had bookmarked it for some reason. Google got better with site labeling since I last checked it, and right there next to my manual bookmark was a real bookmark for that Wild Center location. My bookmark read “Natural Museum of the Adirondacks”, which was not anywhere on the current Google map. I clicked on the Wild Center and holy crap that looked like a cool wooden fort with a walkway in the middle of that forest with trail system to walk. Oh, hell yeah, I had to get over there, even if it would take more than 1hour to get there. The only problem was the weather was not the greatest when I was up there, was raining the whole week, was cold, damn but had to get out there regardless. Why was this a great time to go? Because, almost NOBODY was around and it made for an excellent time, as there was almost nobody anywhere we walked. We could spend hours there and not see anyone, or people would leave early on these cloudy days. If you know my flow, cloudy days have always been a great formula to have a private viewing, as public locations! Check THIS and check THIS, to see that you actually can turn a gloomy day to your favor.

It didn’t matter to me that it was a gloomy day, in fact, I sought to convert that terrible weather into something good. You may think you need blue skies to have a nice scene but no you don’t, and in fact, if there is color in the surrounding area, then the contrast makes those colors pop even more. All of the pictures that I saw, on Google, were on day with clear skies, nice and shiny skies, but scene somehow detracted from the scenes, the buildings looked flat, the pond and trees did not pop at all. So, armed with a point and shoot, and a 360 cam, I went around the pond, and watched the scene of the changing of the trees come to life. Then, when going through the forest, under the cloud cover, I thought that I’d not be able to see anything under the canopy of the trees, on such a gloomy day, but the 360 camera held up! I started walking towards the sound of some music, and couldn’t figure out where it was coming from, until I saw it was coming from the dark of the forest. How wild, dude, they hooked up a sound system with relaxing music, in the middle of the woods. You should go Google the location and then see these demo photos here, how wild that it looks completely different.

The Wild Center is a great place for couples and families equally. ah man there is some footage I would love to show here but cannot, it is GOLDEN, of my loved one busting her azz completely in the area where the giant spider is located. Oh yeah, I’m not going to post all the goodies from this site. YOU need to get there yourself to experience this.