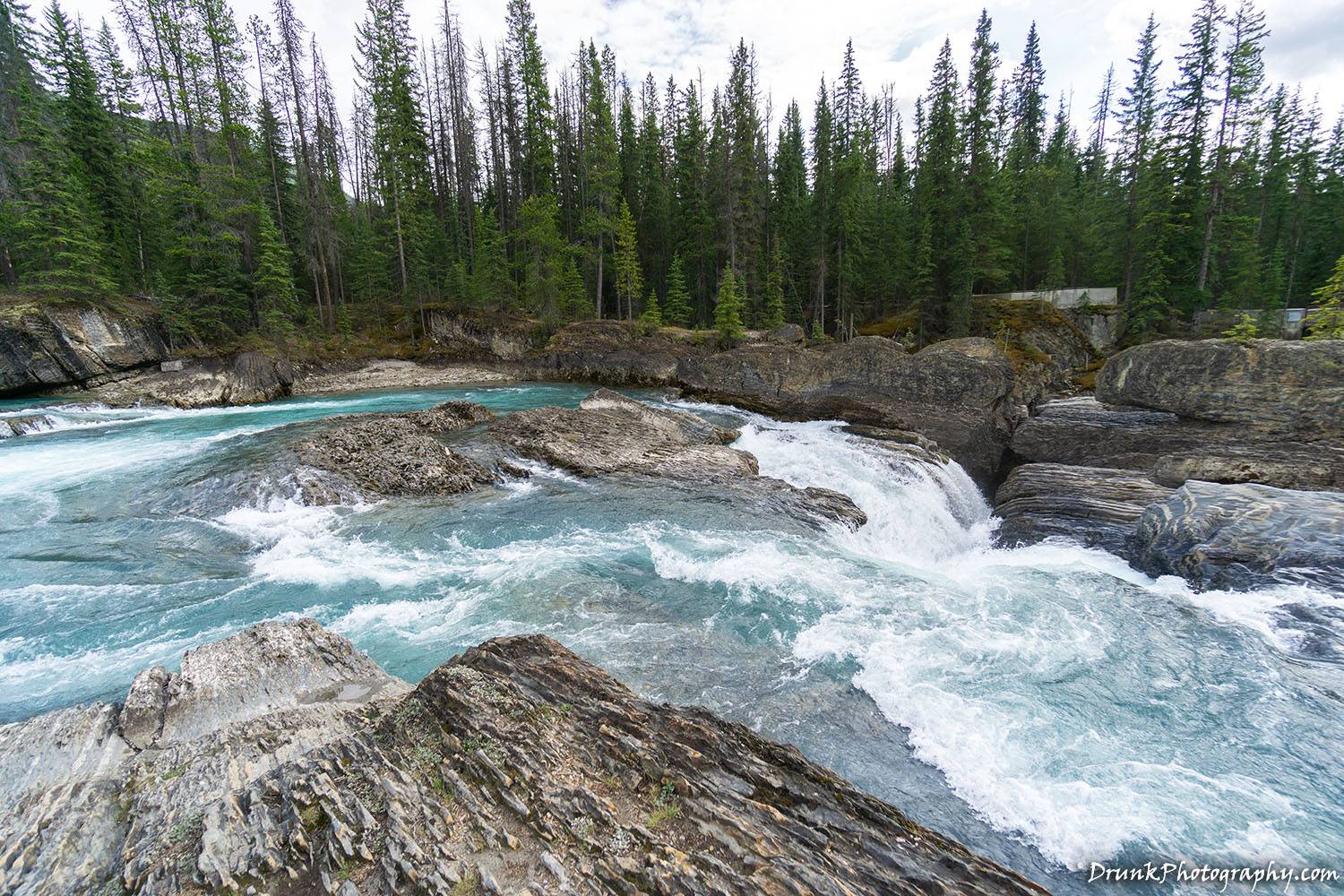 When people head up to the Canadian Rockies, they only talk about going into the Banff and maybe, if they’re not lazy, they actually go all the way up 93/93A north to Jasper, Canada. Many people, including my friends, come back and complain about how great the Banff National Park is but that it was too overcrowded with people, so they couldn’t go out to take great photos. That’s because between Banff and Jasper there is a straight line of tourist attractions, so everyone floods those lanes going up and down 93 but many people don’t even thing to venture outside of this straight line. When people are all in your way, that can really be a bummer because there are some of the most gorgeous nature in the world up there, and you want to get a good shot… then some moron gets RIGHT in front of you, with his whole family, and now wants to take a picture right in your shot, which he was NOT thinking about before he saw you setting up for your landscape shot (TRUE STORY, UNFORTUNATELY). So, I feel for anyone who has been in this situation, but there might be a little spot that I’ve almost never seen people overcrowd, south west of where most of the crowds end up going to. The other funny thing is that people have shown me pictures of their Canadian Rockies trips, and they were actually IN Yoho National Park and didn’t even know it. They didn’t believe me when I told them that, but I proved it because I showed them on the map and showed that the mountain in their background shot was the Yoho National Park landmark, the Wapta Mountain. They DRIVE RIGHT BY ONE OF THE BEST THINGS TO SEE THERE TOO!!! DOH!!!

I revisit the region yearly because it’s easy to get to and offers something different each season. I’ve been on top of the glaciers, and that was crowded with people, and when I went to Johnston’s Canyon, I had to wait like 15 minutes for traffic of people to clear the elevated walkways which are really slim. I went to the Fairmont Banff Springs famous hotel, which was obviously crowded with people but I wanted a nice shot of the hotel from a good distance, but on the day I went I didn’t get the opportunity. I finally ended up getting the picture that I wanted of the hotel but it was by completely by accident which only happened because I went the opposite direction of where the crowds of people were. You have to take that same approach when looking for other spots to enjoy because that whole region has great scenery. So, if I wanted to see good scenery but avoid the crowds, I realized that I need to go to something that is NOT written on the map as “BANFF NATIONAL PARK”. Simple enough, open up your google maps, Rand-Mcnalley or whatever you’re using, and if you notice, there is a place just south west of the official Banff National Park listing that is called Yoho National Park. Nobody knows what Yoho National Park is, it doesn’t even have nearly as many “likes” as Banff National Park, so I knew that was the spot to see! I’ve been there 2 times and I can tell you that there is a HIGH chance that if you hit Yoho National Park during peak times of overcrowding in Banff, you will NOT face large crowds of people!

Yoho National Park got it’s name from the First People’s nation, the CREE, who came upon this spot and said “OH SHIIIIIIT!!!!” Seriously, that is the way it got its name, because YOHO means “OOOH SHIIIIIIT!” as in being in completely disbelieve and awe at how awesome this area was when they first found it. Well that is the sentiment you are guaranteed to echo when you find yourself in proximity of this place- and to think, you were going to bypass it for Banff. Yoho National Park is located on the western side of the Canadian Rockies. It offers a lot in the way of hiking the areas and seeing some awesome waterfalls and bodies of water in general. The most notable, to me, was this one area that was like a series of really big holes in the ground that the water just disappeared into, the Natural Bridge. If you go to the Yoho National Park site, even it does not clearly list that the Natural Bridge even exists, and it’s not represented properly in pictures. You might have heard about “the Field” which is where the mouth so Yoho National Park begins but people stop right at Emerald Lake, which is also beautiful and is technically in Yoho National Park, but they stop there and go back east, completely bypassing the rest of the Yoho National Park. Just on the other side of the Emerald Lake is this the Natural Bridge! I know many people who went to Emerald Lake and never even knew this! That’s the beauty of bad marketing for this place! It’s a HUGE thing to see, it is more beautiful that what everyone goes to Yoho National Park to see, the Takakkaw Falls waterfall (which is good TOO but EVERYONE who does know of Yoho National Park goes immediately).